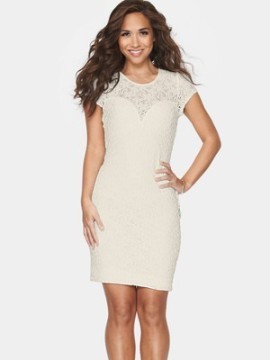 Myleene is currently busy working and designing for Littlewoods and Mothercare. She also fronts her Classic FM radio show Smooth Classics at the weekends www.classicfm.com/radio/shows/smooth-classics. You can also catch Myleene as a guest panellist on Loose Women. For more info see www.itv.com/loosewomen/presenters/myleene-klass

2002
Presented Do you wanna be a popstar DVD with Simon Cowell.

Broke down in tears while talking about her hear’say experience on The Frank Skinner Show.

2003
Released her debut classical album 'Moving On' on Universal Classics and Jazz.

Appears on ITV1’s The Frank Skinner Show and is reunited with Kym Marsh for the first time since she left hear’say.

Performs on the ITV daytime talk show Today with Des and Mel.

Appeared on series 1 of the Channel 5 talk show The Terry and Gaby Show.

Nominated for Peoples Album of the Year at the Classical Brits.

Was part of the 2005 My Family Comic Relief Special.

Appeared on appeared the celebrity version of the BBC1 quiz show Mastermind.

Appeared on the celebrity presenter’s edition of BBC1’s The Weakest Link.

Was the celebrity guest on BBC1’s Saturday Kitchen.

Braved the Australian jungle on ITV1's I'm A Celebrity Get Me Out Of here! She came a fantastic 2nd.
Signs up with Marks and Spencer as a model and starts to appear in adverts for the brand.
Visited Afghanistan to present a Daily Mirror Pride Of Britain Award.
Presented outside broadcasts for The X Factor Live Final.

2007
Co presented The People's Quiz on BBC1.
Signed a multi album deal with EMI Classics and released Myleene's Music for Romance CD. It went straight to the top of the classical charts.

Starred as the hidden celebrity in an episode of the CBBC kids show Hider in the House.

Appeared as a guest on BBC2’s Never Mind the Buzzcocks.

Appeared on series 12 of BBC1’s Friday Night with Jonathan Ross.

Was a contestant on BBC1’s comedy panel show Would I Lie To You?
Co presented The One Show on BBC1.

2008
Released her first book My Bump and Me which went straight into the top seller list.
Released her second EMI album Myleene's Music for Mothers which went to Number 1 in the classical charts.

Appeared in episode six of the 2008 series of The Apprentice as a treat for the winning team. Myleene was shown performing a classical music concert in the living room of the contestants home.
Released her new baby range Baby K by Myleene Klass at Mothercare.
Co presented Miss Naked Beauty with Gok Wan on Channel 4.
Hosted The Classical Brits on ITV1 for the first time.

Filmed her first show for Canadian TV A Listers Unzipped.
Became the 'godmother' of the cruise ship Carnival Splendor.

Performs on day two of this year's Glastonbury Extravaganza event held at Glastonbury Abbey.
Started presenting for The National Lottery programmes on BBC1.
Hosted The Classical Brits at The Royal Albert Hall on ITV1 for the 2nd year running.
Presented the revamped 10 Years Younger, The Challenge on Channel 4.
Co presented The Feel Good Factor with Eamonn Holmes on ITV1.
Presented the first series of Popstar to Operastar with Alan Titchmarsh on ITV1.
Co Presented I'm A Celebrity USA with Damien Fahey on NBC in the USA and ITV2 in the UK.
Returned to The One Show on BBC1 for a week while the hosts were on holiday.

Was one of over 400 A-list stars who attended Simon's 50th birthday party at Wrotham Park, Hertfordshire.

Appeared alongside John Barrowman in Around The World In 80 Days for BBC Children In Need.
Hosted the Christmas Spectacular at the O2 Arena.

Myleene attends A Night of Heroes: Military Awards at The Imperial War Museum. Myleene was also on the judging panel.

Sprains her neck while filming the Christmas special of her CNN show The Screening Room.

Hosts ITV1’s Popstars to Operastar for a second year running.
Hosted The Classical Brits for the 3rd time.
Presented the 2nd series of 10 Years Younger, The Challenge on Channel 4.
Presented The World's Youngest Daredevils on Sky1.
Co presented the 4th series of Escape From Scorpion Island with Johnny Pitts on CBBC.
Hosted the Christmas Spectacular at the O2 Arena for a 2nd time.

2011
Hosted The Classical Brits for the 4th time.
Presented the 2nd series of Popstar to Operastar on ITV1.
Co presented the 5th series of Escape From Scorpion Island on CBBC.
Gave birth to her 2nd daughter Hero Harper Quinn on the 25th March.
Released her Nail Wrap Collection Myleene Klass Nails.
Married Graham Quinn in a small ceremony in Norwich on the 21st October.

Presented the Be MOBO Award to the charity Youth Music at the 2011 MOBO Awards.

2012
Becomes and ambassador for Save The Children.

Myleene is seen opening a new birthing pool in Leeds on Channel 4's documentary series One Born Every Minute.

Myleene submitted one of her own recipes for A Dish for a Wish charity cookbook in aid of Rays of Sunshine.

Myleene launched the Build It for Babies campaign at Chelsea and Westminster hospital, London by becoming a midwife for the day.

Hosted The Idea Home Show 2012 and met Prince Charles at the event at London’s Earls Court.

Attended the 2012 Glamour Magazine Women of the Year Awards at the Berkeley Square Gardens, Mayfair.

Myleene stars with Dannii Minogue in the last TV advert she appears in for Marks and Spencer.

Presents web series Bumps, Babies and Beyond on Yahoo Online which is picked up and shown on Discovery Home & Health.

Myleene played the piano at Heathrow Airport for visitors to the London 2012 Olympics.

Hosts the Mr World 2012 finals at The Kent Showground.

Myleene introduced the operatic legend Andrea Borelli as part of the iTunes festival at the Camden Roundhouse.

Presents an award with comedian John Bishop at The Pride of Britain Awards. They gave the Outstanding Bravery Award to Corporal Carl Taylor.

Hosted the Classical Brit Awards for an amazing 5th time.

Launches her own nail wrap bar in Debenhams, Oxford Street.

Launches her Klassy Knickers range of underwear for Littlewoods. It becomes the fastest selling celebrity lingerie line ever.

Performs at her manager Severine Berman's wedding. She played the harp as the happy newlyweds walked down the aisle.

Visits her daughter Ava’s school to teach her class about clothes design and distribution.

Stars in Littlewoods big Christmas advertising campaign on TV and in print.

Duets with Elbow star Guy Garvey at the Save the Children Christmas Tree Sessions at London’s Union Chapel.

Travels to the Philippines on a charity trip with Save the Children.

Presented the 400,000th National Lottery grant to a worthy charity in Wales.

Appears in the Enough Food for Everyone IF campaign alongside One Direction, Orlando Bloom and Bill Gates.

Attends the Natwest UK Fashion and Textile Awards 2013 at One Mayfair, London.

Publishes her second book Things to Make and Do With your Children.

Littlewoods debut its £1.3m childrenswear campaign featuring Myleene and her mini me.

Appears on the judging panel looking for a new Blue Peter presenter on Blue Peter, You Decide.

Appeared on BBC1’s This Week programme to discuss feminism in society.

Appeared on ITV2’s Celebrity Juice and showed off her super bendy arms.

Attends the Big IF charity event in London’s Hyde Park.

Appeared as special guest for a week on Countdown’s dictionary corner.

Launches her first make up and beauty range for Littlewoods.

Hosts the Classical Brit Awards on ITV1 for a 6th year at The Royal Albert Hall.

Attends The Pride Of Britain Awards 2013.