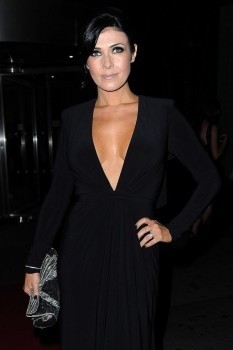 Married ex-Eastender Jack Ryder in August.
Starred in her first documentary Kym Marsh: Happy Ever After.

Released her first solo single Cry which went straight in the charts at number 2.

Attends the relaunch party for The Bizarre column in The Sun Club at Momo, London.

Attends the Top of the Pops Magazine 1000th Issue party at Tantra, London.

Appears on ITV1’s The Frank Skinner Show and is reunited with Myleene Klass for the first time since Kym left hear’say.

Performs twice at the G.A.Y club night at the Astoria, London.
Releases follow up singles Come On Over and Sentimental.

Performs at The Prince's Trust’s Party in the Park, London.

Appeared on Ant and Dec’s Saturday Night Takeaway.
Has a top 10 album with her debut solo album Standing Tall.

Appeared as part of the Hogmanay Live celebrations on the BBC.

Helps launch 'Make a Wish with Betty Crocker' held at the Rainforest Café in aid of the Make a Wish Foundation.

2005
Appeared in BBC1's Doctors as Ruth Parry.
Appeared as a panellist on ITV1's Loose Women.

Attends the UK Premiere of 'Wallace & Gromit: The Curse Of The Were Rabbit at Leicester Square, London with her children David and Emily.

Appeared on Channel 5’s The Wright Stuff as a guest panellist.
Starred in Mother Goose at The Regent Theatre, Stoke-On-Trent.

2006
Had a bit part on BBC1's Holby City as Myrna Morrison.
Appeared as Kay in Hollyoaks in the city on E4.

Appeared on Richard and Judy to talk trying out for the Eurovision Song Contest 2006.
First appeared in ITV1's Coronation Street as club singer Michelle.

Attended the British Soap Awards for the first time at the BBC Television Centre.
Appeared in BBC Three documentary My Childhood: Kym Marsh.

Attended the TV Quick and TV Choice Awards held at the Dorchester Hotel, London.
Took part in A Night of Stars 2 for charity at The Palace Theatre, Manchester.

Appeared on the first episode of The Anthony Cotton Show, ITV1.
Won the Favourite Newcomer award at the 2nd TV Now Awards in Dublin.

Launches Save the Pub, the British Beer and Pub Association's campaign against recent increases in the price of beer.

Attended the TV Now Awards at the Mansion House, London.

Won the Best Dressed Soap Star award at the Inside Soap Awards.

2009
Son Archie Jay Lomas, passed away on the 11th February 2009, after being born prematurely.

Appears on Britain's Got More Talent on ITV2.

Attends the British Soap Awards 2009 with the Coronation Street cast.

Kym and Jamie compete against stars of Hollyoaks, Emmerdale, Coronation Street and The Bill to raise money for Claire House Children's Hospice and the Alder Hey Imagine Appeal.

Attends the Manchester United Football Club player of the year awards at the Old Trafford Stadium with Jamie.

Kym and Jamie temporarily split up but are not apart for long.

Appears on The New Paul O’Grady show on Channel 4.

Switches on the Christmas lights at Bury’s Millgate shopping centre for a second year running.

Got engaged to Hollyoaks star Jamie Lomas on Christmas Day

Participated on ITV1’s Popstar to Operastar alongside presenter Myleene.

Supports her fiancé Jamie at the Lowery Theatre for the press night of Chorus starring Jamie.

Attends A Night of Heroes: Military Awards at The Imperial War Museum.

Participates in Manchester’s Gay Pride event with some of her Corrie co-stars.

Attends the Hollyoaks Charity Ball at the Chester Racecourse.

Kym supports her future sister in law at the opening of the Cassie Lomas Makeup Academy.
Starred in the Eastenders/Coronation Street sketch for Children In Need.

Attends the UNICEF Dinner 2010 held at Manchester United Football Club with Jamie.
Was interviewed on Piers Morgan’s Life Stories.
Appeared in the ITV1 documentary Born Too Soon about premature babies.

2011
Gave birth to daughter Polly Lomas on the 23rd March 2011.
Wrote her autobiography 'From the Heart' which became a best seller.

Kym launches her book with a book signing at the book store Waterstones.

Appeared on the Who Wants to Be a Millionaire soap stars special with Jamie.

Appears on the RTE Television show Saturday Night With Miriam.

Appeared on ITV2’s spin off show The Xtra Factor.

Attends the world premiere of the Michael Jackson: The Life of an Icon documentary.

Attends the Once Upon a Smile charity event at the Manchester Hilton Hotel.

Kym and Jamie attend the British Soap awards 2011 at the Granada Studios, Manchester.
Appeared in her own Channel 5 documentary Kym Marsh: Teen Mum’s and Me.

Kym and her family helped celebrate the 20th Anniversary of Disneyland Paris.

Attended the Manchester United Player of the Year Awards 2012 alongside fiancé Jamie Lomas.

Kym enjoys two hen parties, one in Puerto Banus, Spain and another in Manchester.

Kym attended the Genesis Appeal Ball at the Hilton Hotel, Manchester with her teenage daughter Emily.

Kym attends the Blossom Appeal Charity Ball at the Manchester Hilton. Kym has been a patron of the charity for several years.

Attends the Hearts and Minds Charity Ball at the Hilton Hotel, Manchester.

Celebrates with her Corrie co-stars at the Coronation Street Christmas party held at the Hilton Hotel, Manchester.

Attends the 2013 National Television Awards at the O2 arena and is seen on the after show party on ITV2.

Appeared on the ITV2 spin off show Britain's Got More Talent.

Kym proudly watches her daughter Emily took as she took to the stage to sing a song at the JD Sports Charity Ball, Manchester.

Attends the Dancing with United event at The Point Old Trafford Cricket Ground.

Watches the comedy The Rise and Fall of Little Voice at the Opera house, Manchester.

Appears on a special celebrity charity edition of ITV1’s Catchphrase.

Attends the Wreck my Dress Experience at Whitecot, Manchester with Jamie.

Gets a special tattoo in honour of her and Jamie's deceased son Archie.

Attended the Genesis Sky Ball at Manchester Airport with her family.

Attends the masquerade fundraiser at Rochdale's Great Town Hall. The event was organised in order to raise money for the Springhill Hospice and the domestic violence charity Women's Housing Action Group.

Helps support her friend David Gest as he launched the Band on the Wall's charity foundation in Manchester.