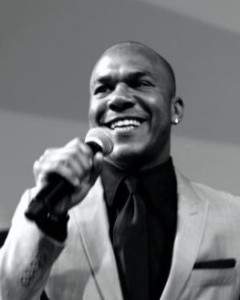 Danny is currently touring with his fiancée Vicki in his soul band Danny Foster & The Big Soul Corporation. For more info see www.dannyfosteronline.com/the-big-soul-corporation

2004
Appeared on ITV1's 24 Hour Quiz in aid of the Depression Alliance.

2006
Learned how to be a beauty therapist in Channel Five's Trust Me I'm A Beauty Therapist.

Danny takes some time out of the public eye and decides what he wants to next in his career.

Danny performs at The Roundhouse in Camden in association with Getfunked.

Danny performs his soul show with Vicki at The Foxhunter Caravan Park near Ramsgate.

Started performing with his fiancée Vicki Goddard and friends as Danny Foster & The Big Soul Corporation.

Danny was interviewed by James Hall on his Saturday Breakfast radio show  in South Durham on 105.9 FM.

Danny auditions for BBC1’s The Voice with a remix of the classic Spice Girls hit Wannabe. Sadly none of the judges turned their chairs round.

Starts touring the UK in March with Danny Foster & The Big Soul Corporation.

Danny Foster & the Big Soul Corporation staged a special charity show in London in aid of the Alzheimer's Society.