Danny on the Popstars auditions:

How did you feel when you heard you had won? I couldn't believe it. I said to Nicky Chapman, I didn't think I could do it. I thought I'd just take all the experience I'd had and use it for the next audition.

What was the most emotional moment? I didn't' realize how tearful I was until I watched myself on TV. My confidence was low and I didn't think I was going to make it.

Were you hurt by any of the judge’s criticisms? Paul said that when I walk into the room it looks like I'm going to start a fight. I didn't know that! But he did say that when I start smiling it all changes.

What did you really think of Darius? He's really talented but I see him as a solo artist. I thought he was older than he said he was, he seems like he's had years of experience.

Has the experience changed you at all? I used to say it hadn't changed me but really I'd be lying. It has made me more confident and more independent. I feel like I have grown up and become more responsible.

When you won Popstars, did you realize how popular the reality band format would prove to be? I think the major success of Hear’say and Popstars was a welcomed surprise for all of us including Granada / ITV and Universal Music. There was a feeling that we were all working on something new, format wise, but the record breaking success surpassed all expectation.

Have you watched any of the subsequent series of reality shows like X Factor? I do watch TV talent shows like the X factor but I mainly catch up at the live shows stage rather than the audition stages. I find the ‘bad’ auditions really uncomfortable to watch, when the singer thinks she is Mariah Carey but the audience hear different and completely boo the act off stage! I just can’t watch!

Do you see Cheryl Cole performing at the Jubilee concert or Leona Lewis doing the Olympics and think ‘That could have been me’? That’s not really something that would enter my mind to be honest. It’s not the way I work. I think every person has their own goals that they want to achieve in their career. I was lucky enough to achieve most of my goals by the time I was 25 so everything I do now are all bonuses. I have always been extremely grateful for all the career milestones I have made so I am pleased when I see others achieving theirs. 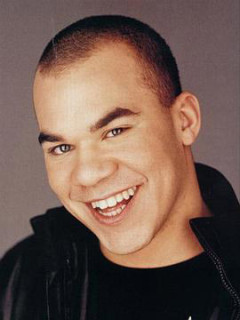 Danny on his time in hear’say:

What was your best moment in hear’say? When we performed at the Brit Awards in 2001. It was definitely the best performance I’ve ever been a part of in my life! I loved every minute of it, and still can't believe that I had the chance to perform at the Brits!

You sold three million records, how much of the royalties trickled down to the band members? Let’s say; I was very happy with my share.

Did anyone in hear’say ever attempt to write songs for the band? Did any get recorded? We all co – wrote for both albums and the tracks made both albums which was a great achievement for the group.

Did anyone in the band get a bit too big for their boots? We were Popstars! Of course! Everyone had their moments.

Was there a genuine rivalry with Liberty X? Do you think you won that ‘battle’? We all auditioned for the show to make the final group so I do think we won the battle. We ‘won’ Popstars and we also secured the major TV and record deal that came with that but to be honest, there was never any rivalry between us, in fact, we all won in the end because we all came from nothing and both groups had careers. That doesn’t always happen now.

What’s the weirdest piece of fan mail that you have been sent? I once received a very passionate and detailed love letter from a fan’s mum. I think it was safe to say she was a fan too…. I also once received a letter through the post and the envelope just read ‘Danny from hearsay’ with a stamp attached, nothing else (I remember thinking Royal Mail – What an amazing service!)

Your tour bus once got held up by a man armed with a gun. What were his demands? It was a legal matter so I won’t go into details but it was definitely an education for me on the ‘flip side’ of fame.

Who was your best friend in hear’say? Are you still in touch with all the members of the band? We were all great pals back then and still stay in touch. I had lunch with Kym last week and chatted to Suzanne on the phone yesterday.

Where would you rank hear’say against the other Popstars creations: Liberty X, Girls Aloud, One True Voice and the Cheeky Girls? No 1 of course, as we were the first and started The Reality Revolution.

Is a hear’say reunion on the cards? I think we are all very happy on our own individual paths so there are definitely no plans whatsoever to reform. Funnily enough, I worked with Faye Tozer (from Steps) months ago and we both had this same conversation. Months later look at Steps and what they have achieved by reforming. The moral of the story, never say never. 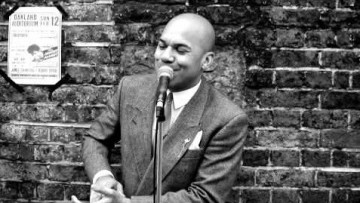 Danny on his career:

Were you ever tempted/approached to do Eurovision? No. Never.

You’re currently touring with Danny Foster & The Big Soul Corporation, singing Motown covers. Is this more the sort of music that you enjoy singing?I have always listened to Soul and Motown; it was played in my house when I was growing up so my vocal style is heavily influenced by that genre. After singing with a Live band on the Hear’say Arena Tour, I knew working with a Live band was what I loved doing. Danny Foster and The Big Soul Corporation started out as a hobby and developed from there really. I now work with anything from a 9 piece to a 13 piece band and sing Soul to people who love to have a good time.

What are your favorite tunes to sing? I love performing songs by Earth, Wind and Fire because our Horn section is fantastic and you really hear the scope of the band. Old classics such as Dock of the bay (Otis Redding), It’s a Man’s world (James Brown) and Land of 1000 dances (Wilson Pickett) are always a treat to perform because these songs are timeless. I am also developing Danny Foster & The Big Soul Corporation by working on original material with a classic old school – pop – soul feel. It is very exciting!

Are you glad that you appear to have done your own thing since hear’say, rather than clinging onto fame through programmes like I’m a celebrity, etc.?I really enjoy making and watching TV shows. I’m a great fan of TV entertainment but my real passion is music and singing, it always has been. I auditioned for Popstars because it was a music based project. I now perform with my live band Danny Foster & The Big Soul Corporation and LOVE IT! but I also enjoy the TV appearances I do make so don’t rule out that, one day I may be skating on ice, in the jungle while laughing at Bruce Forsyth’s old school jokes!! 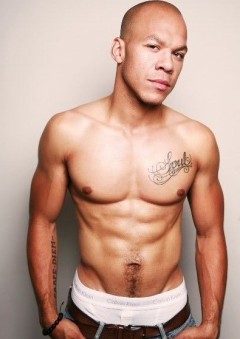 What’s your perfect party pulling routine? I’ve only ever approached people in a friendly way, I'm not sleazy or anything.

What’s the cringiest thing you've done at a party? I was sick on a girl once! I wasn’t snogging her; I just hit her with spew. She was a bit annoyed!

What’s the worst chat up line you’ve heard? I hate it when girls say, ‘Oh, you’re really cute.’ I just want a girl to be herself.